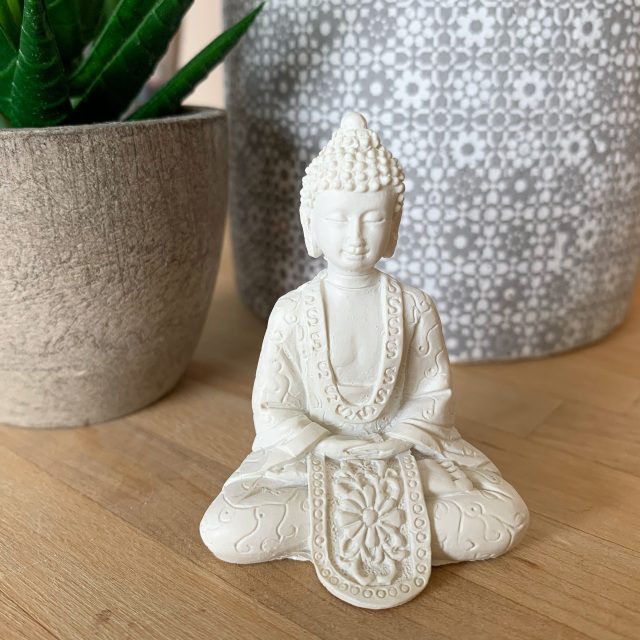 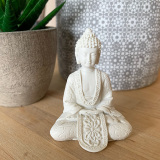 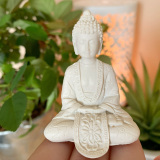 Another of the more common rupas is of the Buddha in Meditation. This statue is for people who are either looking for peace and calm in their lives, or for those who wish to improve their own meditation skills.

People will often buy a Meditation Buddha if they want to set up a "serenity room" or a corner of their house where they can sit in calm for a little while and unwind.

In this pose, the Buddha is depicted with both hands in the lap, face up, and the legs are crossed, either in a Double Lotus pose (with the ankles of each leg tucked behind one another in a locked position), or in a Single Lotus pose (where one leg rests on top of the other leg). Occasionally, an alms bowl is placed in the lap as well.

As this statue generally represents focused concentration, the eyes of the Buddha are either depicted as halfway closed, or closed nearly all the way.

The silhouette of the statue is shaped - more or less - like a triangle, which represents stability.

Many of the largest Buddha Statues in Japan, such as the Great Kamakura Buddha Statue at Kotokuin Temple, and large statues in Korea are in the Meditation Pose. This pose is also known as the Amithabha Buddha, which means "Boundless Light."

Approx 6x4 cms. Made from resin.