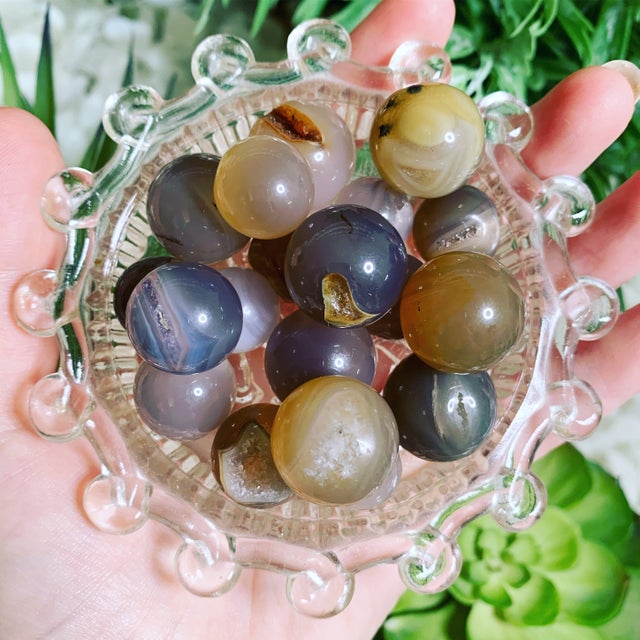 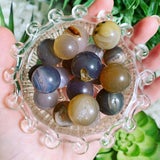 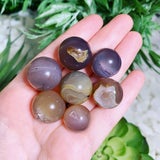 Grey agate is a stone of strength, grounding, and protection. It is used for relieving fatigue, releasing positive energy, and removing the influence of negative thoughts and energy. It is often used as a calming stone that brings hidden meaning and information to the surface.

Druzy crystals have been used to induce creativity and relaxation, as well as to help with emotional problems. The healing properties of Druzy crystals are basically the same as the gem material they are made of. They are great for promoting natural healing on the physical, mental, and spiritual levels.

Please note that the colour may vary slightly from the photograph, due to the light reflection in the Agate.