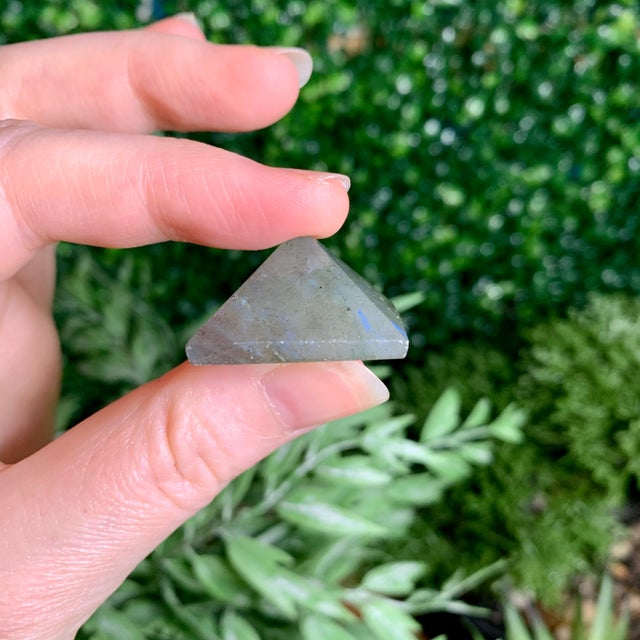 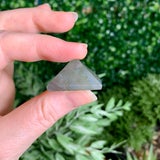 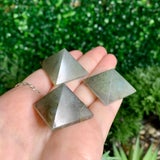 What makes a pyramid so powerful is its ability to channel or collect energy from the higher realms of the stars, the planets and the Universe and deliver it down to earth.

The bottom of the pyramid represents a solid, earthy foundation, whereas the pointed top represents being able to reach into higher realms of consciousness.

Because of its shape, any energy that enters the pyramid has the ability to be cleansed and purified. Almost like the pyramid acts like a filter of sorts. This is because pyramids are said to generate negative ions which can balance the body’s electromagnetic field and deliver healing.

Labradorite Crystal is a stone of magic, awakening within you mystical and magical abilities and psychic powers. They are powerful healing crystals for you to use to stimulate an increase in coincidence and synchronicity, and they are well known for their action to boost psychic gifts.

The gemstone creates a shield for auras and protects against negativity of the world. Labradorite is said to temper the negativity within ourselves as well. Labradorite is known for its changing colours, so it is no surprise this gemstone is known as a stone of transformation, enhancing strength of will and inner worth.

Lovingly charged with energy by The Crystal Bar