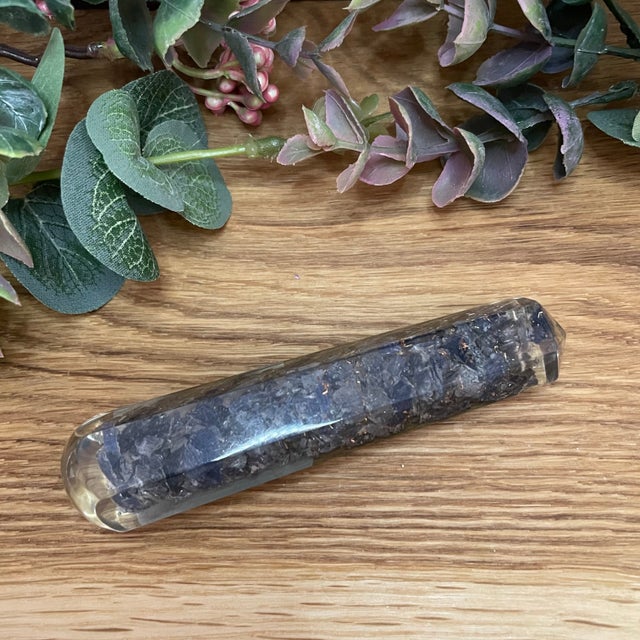 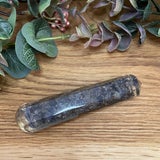 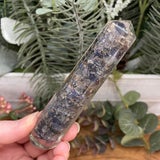 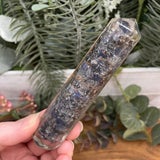 This beautifully faceted wand enables you to heal yourself or your client in a powerfully positive way.

Orgonite is a substance which functions as a self-driven, continuously operating, highly efficient energy transmutation device, drawing in negative life energy and transmuting it into positive energy.

Meditate with an orgonite wand in your hand, direct your attention toward it-feel and sense the energy emanating from it.

You can direct it toward any place, person, or time. Send / point the healing to different parts of your body for healing.

It is a blend of quartz crystals, metals and resin that is said to balance and harmonize bio-energies such as chi, orgone, reiki energy or prana. There are many other names for this including etheric energy, bio energy, bio magnetic energy, huna energy, astral energy, 4th dimensional energy, life force energy and more.

An Austrian Psychiatric called Wilhelm Reich researched orgone energy between 1936 and 1940 and suggested that organic materials had the ability to attract and hold orgone energy, whilst non-organic metals similarly attracted and rebelled. Organite products are made from these two principles, and contain a mixture of organic materials (such as resin), plus metal shavings (copper, brass, aluminium curls) and crystals (which are inorganic).

Various benefits of orgonite energy have been reported such as increased energy, a decreased sensitivity to EMF's, improved sleep, plus balancing and spiritual growth.

Many choose to keep an orgonite item near to them such as a Wand, Pyramid or Pendulum as a way of reducing negative energy, and aiding in meditation.

The calming effect facilitates logical thinking, which ties into sodalite meaning. As a stone of truth, sodalite mineral stones improve communications. Disagreements and arguments are easier to work through with the use of sodalite.

Physical Healing Properties - Balances metabolism and cleanses the lymphatic system along with boosting the immune system. It also treats the vocal cords and larynx as well as lowering blood pressure and stimulating the absorption of fluid in the body. It is also believed to alleviate symptoms of menopause.

Lovingly charged with energy by The Crystal Bar